The Woman Standing at the Doors of the Clinic: Maybe if She Knew

I’d never pulled an all-niter in my entire life. Not even during dorm life in college. As much as I tried, I knew as I pushed the sheets off my legs and stared at the ceiling that sleep was not going to come that night.

4am, the city still fast asleep. A 25-minute drive that seemed to last an eternity. “Please, let’s just make it to the hospital,” I pleaded. I did NOT want to give birth to our new baby boy in our car, and during those agonizing 25 minutes that felt like a real possibility.

At 7:02am we had our first glimpse of our fourth little boy. I counted his fingers. I counted his toes. I took in all that sweet eight pound newness. Those gray eyes, that matted down reddish hair, the button nose and that wrinkly skin. All so amazing, all so new. All nothing short of a miracle.

Four babies later, the incredibleness of bringing a little human being into this world has not diminished. Each time I have been completely enamored at each little detail of that tiny body. The mind-boggling complexity of it all, the beauty. Everything. It is amazing.

My emotions this week have been raw. As I hold this tiny little boy in my arms, I read about other little ones who will never have a chance to live. Who sadly will never get a glimpse of this world. Whose life was so abruptly and horrifically ended before it began. I couldn’t even finish the news articles. I honestly felt sick. I held my little baby in my arms and felt his warmth, wishing those questioning expectant mothers standing at the clinic doors could just feel it too.

If maybe they could just hold their baby, feel the warmth, count those toes. Maybe instead of seeing a burden they would see a most amazing blessing…If not a blessing meant for them, then maybe for someone else.

I have never had to face the pain of not being able to conceive a child. I have never lost one before he or she was born. But I do know others who have struggled and who have mourned such loss. I have watched as friends and family wish, hope, dream, plead, pray, and cry for that child that never comes, or that comes but has to go far too soon.

If those standing at the clinic doors could see that longing in these mothers’ eyes, maybe they could understand the power that they hold to change an unfavorable situation into something incredible. Though that child might not be a possibility for them at the time, that child could bring infinite joy to another family. A family that has longed for that baby to come. They could give a gift so incredible. An act so selfless. Is that not more desirable than the alternative? 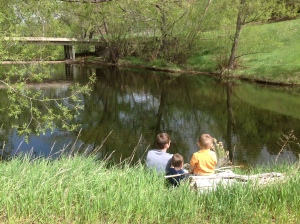 Back in college for a summer I worked at an activity and skills center for children with special needs. The children ranged in age from 8-21, and their disabilities ranged from moderate to very severe. It was by far the hardest job I have ever had, but it was also one of the most rewarding. The mothers and fathers of those participants were the most compassionate and amazing people I have ever met. If you were to ask them about raising a child with disabilities, they would tell you in a heartbeat that it was worth every second. They would tell you about love deeper than anything you have ever felt. I’m sure if you asked, they would tell you about how terrified they were when they found out their child would never lead a normal life. They would tell you the sadness they felt, the worry, the anxiety for their child’s future. Not to mention their own. But they would tell you they would never go back. Not for a second. When they chose to bring that life into the world, despite the difficulty they would face, they were brave. They were selfless. And they learned about love in ways others may never know. Maybe if those standing at the doors facing similar situations could see, could know. They could make such a difference. Those parents to those special spirits are heroes in my eyes.

I don’t judge these women. I feel so much sadness for them and the questions they find themselves asking. I have no idea what those women face. I don’t know their reasons for standing at those clinic doors. But I do know that there are others out there that would help them, love them, and support them. I see no love and compassion from a company willing to crush the little life that mother is growing inside and sell the parts as if that baby were a wreck from an auto salvage.

As I count these tiny fingers and toes again and again and hear that little cry, I wish more than anything those women standing at the clinic doors could hold their precious babies in their arms and do the same before they make a decision. I can’t help but wonder if their decision would be left unchanged. 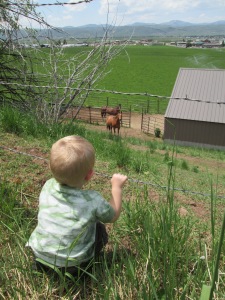 4 Comments on “The Woman Standing at the Doors of the Clinic: Maybe if She Knew”